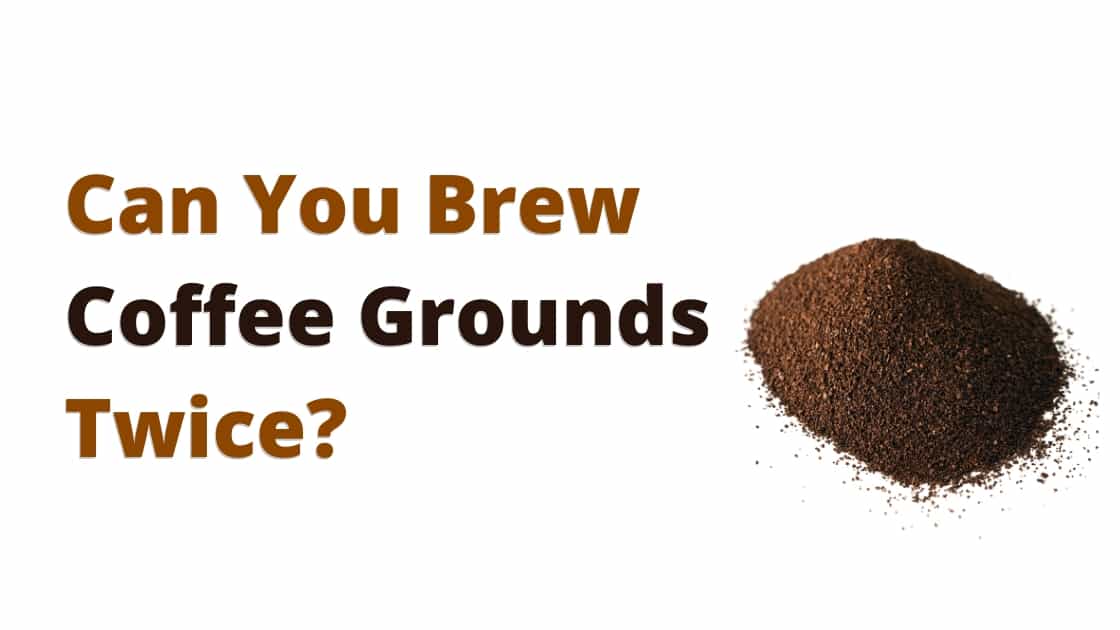 Coffee can be a pretty pricey beverage, especially if you buy high quality coffee beans. After a quick brew, you may wonder how much you’re wasting when you throw out the grounds from your coffee pot.

While you can rebrew coffee grounds that have previously been brewed, each brew will result in less extraction from the coffee grounds, resulting in a weaker and less desirable tasting coffee.

Can You Brew Coffee Twice?

If you brewed a pot of coffee properly, regardless of method, the maximum amount of coffee flavor should have been extracted from the beans already. However, maybe you aren’t sure if you are using the proper grind, temperature of the water, or brewing time. If you found that the resulting coffee was too weak, then it is possible that more flavor could be extracted from the coffee.

To further extract more flavor from the grinds, the weak coffee could be used for the second pass instead of fresh water. The finished coffee should then be slightly stronger than the first pass. However, if you found that the coffee was an acceptable flavor or strong, then brewing the grounds a second time will likely not result in much additional flavor in the second pass.

Brewing coffee grounds a second time should be done within a few hours after brewing them for the first time, if the grounds are left at room temperature. Warm, damp grounds are the perfect breeding ground for mold and bacteria. Some brewers choose to put a small scoop of fresh grounds on top of the used ones when brewing a second time to add a bit more strength.

A second brew with moldy grounds can result in a sick stomach. If you plan to reuse your grounds at a later time or date, be sure to store them in a container in the fridge. Even though you likely would not see visible mold or bacteria growth for a few days after, unseen contaminants are lurking in the grounds at a microscopic level.

While technically you can brew coffee grounds a second time, the resulting coffee may not be great to drink. However, there are many other uses for used coffee grounds.

Many drip brew style coffee makers complete this process all within the brewer. These drip style coffee makers typically need a medium grind for proper extraction of the flavors. Many coffee enthusiasts will say that drip coffee makers use water that is too hot, burning the grounds and resulting in a more bitter coffee.

Other brewing methods, such as pour overs or french presses, require you to heat the water first, providing better control over the water temperature. In a french press, you add the hot water yourself to the press, wait for a few minutes, then use a plunger with a filter to press the grounds down to the bottom of the press. With a pour over, you slowly pour the water over the grounds in a filter, where the water slowly drips from the bottom of the pour over coffee maker.

In any of these coffee making processes, there are recommendations to get the most efficient extraction of coffee flavor from the beans. When the proper temperature water, correct grind, and adequate timing all correspond, the maximum amount of flavor from the beans is extracted, rendering the second brew fruitless.

According to the National Coffee Association, each cup of coffee needs one to two tablespoons of coffee for proper extraction but noting that a “cup” of coffee is only six ounces, not the standard eight. The water temperature should be between 195 to 205 F. Since water boils at about 212F, a good rule of them is to boil water, then turn off the heat and wait just a minute before pouring the water over the grounds.

The amount of brewing time and the grind of the coffee varies depending on the brewing method. For example, a french press needs only about two to four minutes of brewing time before serving but needs a coarser grind. A drip coffee pot might need five minutes with a medium grind, as the wait time is longer, but water flows as a continuous stream. However, espresso only needs twenty to thirty seconds with a super fine grind.

Other Uses for Used Coffee Grounds

Used coffee grounds can be a great addition to the soil in your yard, garden, or compost bin. According to Gardening Know How, coffee grounds are considered a green material in your compost bin and will need to be offset with brown materials, like dried out weeds or paper.

Grounds may also keep pests such as slugs away from your plants. Be careful not to concentrate too many grounds near your plants, as they could harm your plants. If you add grounds to your lawn, for example, make sure to sprinkle the grounds evenly across your lawn.

Used coffee grounds can also act as an exfoliant or scrub. Farmer’s Almanac’s recipe uses 2 parts coffee grounds, 2 parts sugar, and 1 part coconut oil. Mixed together, the exfoliant can be used in the shower to soften skin. Similarly, you can use the used grounds to help scour pots and pans. The coarse grind can act as a gentle abrasive for your dishware.

Coffee grounds can also help neutralize odors, similar to baking soda stored in the fridge. Leave an open container of the grounds in your fridge, but be sure to check for visible mold often. This can also work for your garbage disposal. If you have nasty, rotten food odors coming from your disposal, try running a few used grounds through it and rinsing well with water. However, it’s not recommended to do this often as the grounds can wear down your disposal over time.

What to Do with Used Coffee Grounds

While you can definitely brew coffee grounds a second time, the resulting coffee is not typically very tasty. There are plenty of other uses for used coffee grounds if you want to try to reduce your waste or be more frugal. By using proper brewing techniques, you can maximize the amount of flavor extracted and maximize your coffee grounds’ fullest potential.

GET £5 OFF YOUR FIRST ORDER FROM PACT COFFEE! 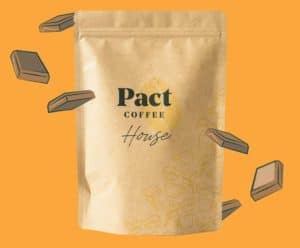